While the initial development of the GT was funded by OLT, we soon realised that promoting its use is a big job beyond the capacity of a small company such as OLT. Consequently the Golden Teacher has been set up as a charitable incorporated organisation (CIO) to enable us to seek independent funding to further its adoption by relevant governments and other organisations across sub-Saharan Africa and other countries from the Global South.

A part-time project officer has been appointed with seed corn funding from OLT and the Chalk Cliff Trust, and we are now seeking sufficient funding to establish a small team to lobby government and other organisations, and to develop the GT in response to evaluative feedback.

A smartphone version has been produced which mirrors the feature phone version, and further development will enable the inclusion of curriculum content and the establishment of communities of practice to share learning across individuals and organisations.

We also want to explore the possibility of pairing teachers from the wealthier societies (the Global North) with those from the Global South – an exciting prospect! 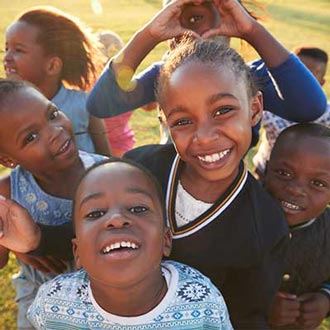 We will be very grateful for any financial support you can offer to help us play a part in the achievement of SDG4 and we can now accept donations below: